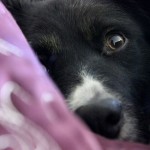 Neil Richardson, my brother is a photographer (when he’s not being responsible for construction of aircraft landing gear). In 2014 he’s facebooking a picture every day. He’s younger than me so I’ve known him since he was born and I reckon he’ll probably end the year with 365 pictures. All photographs copyright Neil Richardson.

I’m a writer (when I’m not… ermm… not writing) so I thought I would add some short story (130 characters long so that I can tweet it with the picture).

The stories are not children’s stories – but there won’t be anything offensive.

33 Everyday he typed; writing the story of his life. Until he realised his life had no story & went out. #TwitPicFiction

32 His dad was his hero. He could do everything. He was a superstar. Until… his dad said NO. #TwitPicfiction

31 He never detected how she cheated. Monopoly was banned & they were stuck with Cluedo. She still won. #TwitPicFiction

30 He felt trapped by his words.But what he said & what he meant weren’t the same. She should understand #TwitPicFiction

“No way – choosing what to put on the trap.” #TwitPicFiction

27 Dad always said put everything into it. He wasn’t so pleased when Ben used every crayon on the stairs #TwitPicFiction

26 The snug dog looked sweet curled on the chair. The roast beef was gone; only the smug dog knew where. #TwitPicFiction

25 Jack didn’t trust Sam so made him sign on paper to swap 1 Pokemon for a pair. He didn’t expect fruit. #TwitPicFiction

24. He kept himself to himself. Until she opened him up and emptied out the chicken pieces from inside. #TwitPicFiction

23. He held his breath, then gently blew. The magic bubble grew & grew. He stepped inside & floated away #TwitPicFiction

22. Barry tweeted he was tired & ready for sleep. Cathy agreed. They turned off the light & logged off. #TwitPicFiction

20. She couldn’t remember where she was, or why. No matter, there was a line on the map she could follow. #TwitPicFiction

17. Mum talks on the radio about parenting. As an expert she’s so busy she’s never around when I need her #TwitPicFiction

16. Whenever he said sorry she got materially richer, but that didn’t make it right. #TwitPicFiction

15. He always told her that happiness was the key. After he left, her door remained permanently locked.  #TwitPicFiction

13.Loneliness forced him to conform but the constraints were too great. He never would be a square peg, or a round hole.  #TwitPicFiction

11. “These berries are magic & could keep you looking young forever”. I ate one & turned into a statue. #TwitPicFiction

10. It was no Tardis, but the finches were quite comfortable watching Doctor Coo on their plasma screen. #TwitPicFiction

9. Excitement: every spin his heart flutters. Then his number comes up, his heart stops, he doesn’t win. #TwitPicFiction

8. He wanted to power the world, or at least an Xbox but all he was offered was a Barbie nightlight. #TwitPicFiction

6. “Cup of tea’ll make it better.” But it doesn’t. He’s not British enough & his house is still flooded. #TwitPicFiction

5. He loved gardening in the rain: log fire, brandy and a picture book of how his garden would never look. #TwitPicFiction

4. Relationship catastrophe – my reading glasses gave it away that the book was more interesting than she was. #TwitPicFiction

3. If only the remote control had a button to switch off my insomnia. Then I wouldn’t have to watch such rubbish. #TwitPicFiction

2. If I could turn back the clock I’d do it all again – better? I doubt it. #TwitPicFiction

1. “Welcome,” said the mat, but it lied. Not everyone was, not me, not a Romanian coming to the UK to work. #TwitPicFiction